West Midlands Schools Of Tae Kwon Do based in Gloucestershire took three teams to compete in International team challenge which was hosted in Cardiff Civic Hall. Teams from Ireland, Scotland, England, Wales and Holland took part. Each team had to perform patterns, breaking and sparring.

Well done to those who took part in the teams and also ones who came to support. WMST came away with gold in junior girls event and winning the sword of friendship. The junior boys came away with silver but were very close of winning their group. 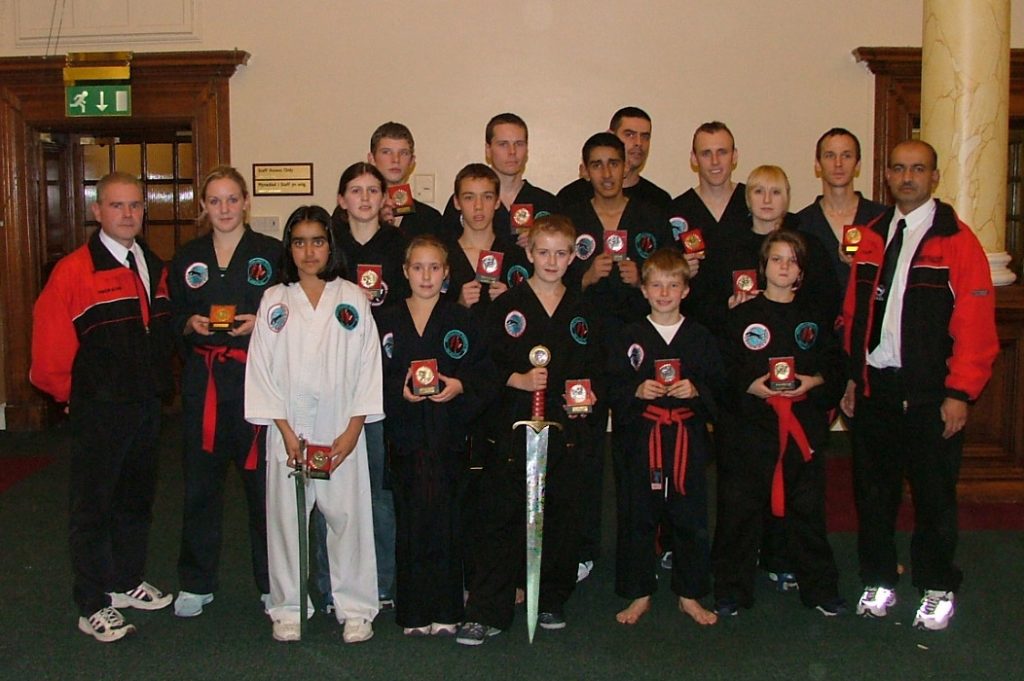